The Great Covid social burnout: why are we so exhausted?

It’s not just you – the pandemic has changed our brain psychology.

In 2018, a group of psychologists in the Antarctic published a report that may help us understand our current collective exhaustion. The researchers found that the emotional capacity of people who had relocated to the end of the world had been significantly reduced in the time they had been there; participants living in the Antarctic reported feeling duller than usual and less lively. They called this condition “psychological hibernation”. And it’s something many of us will be able to relate to now.

“One of the things that we noticed throughout the pandemic is that people started to enter this phase of psychological hibernation,” said Emma Kavanagh, a psychologist specialising in how people deal with the aftermath of disasters. “Where there’s not many sounds or people or different experiences, it doesn’t require the brain to work at quite the same level. So what you find is that people felt emotionally like everything had just been dialled back. It looks a lot like burnout, symptom wise.” Kavanagh continued: “I think that happened to us all in lockdown, and we are now struggling to adapt to higher levels of stimulus.”

Once we are placed in unusual under-stimulating environments, whether the remote South Pole or Covid-induced lockdowns, the brain adapts to the new status quo pretty quickly. According to Kavanagh, our brain got used to functioning at a quieter level. “We got used to being alone,” she said.

It may have taken a few months, but the impact of this is finally being realised. “When we go back out, it’s quite a shock to the system,” Kavanagh explained. “Because our brains are used to processing at a different speed, this can make us a lot more tired than we may have been before the pandemic.”

And this isn’t the only factor that has been shaping our psychology as we live through the pandemic years. “One of the things the brain tries to do to help us in stressful situations is use emotional regulation. Often that looks like using our prefrontal cortex, the smart part of our brain, to talk the rest of our brain off of a ledge,” Kavanagh told me. “So we’re using this decision-making part of our brain to calm down our limbic system when it’s getting very highly stressed. That takes a lot of cognitive energy.”

Inevitably, that is having an impact on our emotional resilience. “That can only go on for so long before we start getting consequences, simply because it’s not a system that was designed to last for 18 months,” Kavanagh warned. The after-effects of this sort of stress can result in complete exhaustion, even after hours of sleep.

So why are some of us feeling the side-effects of this re-socialisation now? “The people who went straight into full-time socialising once the restrictions were eased, without it having much of an impact at first, are the ones I would be most concerned about,” said psychotherapist and behavioural expert Nilufar Ahmed. “A lot of these people had an adrenaline rush coming out of lockdown, but that inevitably fades at some point and these people are the ones that find themselves crashing, months into the easing of restrictions.” It may take a few more months until our energy for socialising returns and “One thing we know is that when you remove people from an isolated environment, their brain function does return to normal. It takes time, it’s hard to say how long,” Kavanagh said.

It would be wrong to assume everything really is back to normal though as “the other issue that we are contending with is [how] we are still in an ongoing threat situation, people still feel like they are in a dangerous situation, which is reducing our brain’s ability to adapt to our new environments even more,” said Kavanagh. Months on and our brain is still in survival mode. “We are not really using our mental energy to get back to the way things were because we’re in the mindset that things are still bad. For many people, life still does feel quite scary at the moment.” 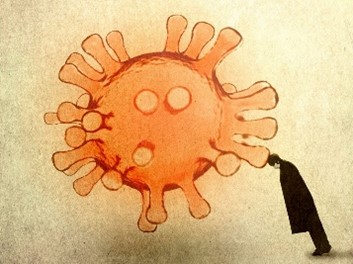 This website uses cookies to improve your experience while you navigate through the website. Out of these cookies, the cookies that are categorized as necessary are stored on your browser as they are as essential for the working of basic functionalities of the website. We also use third-party cookies that help us analyze and understand how you use this website. These cookies will be stored in your browser only with your consent. You also have the option to opt-out of these cookies. But opting out of some of these cookies may have an effect on your browsing experience.
Necessary Always Enabled
Necessary cookies are absolutely essential for the website to function properly. This category only includes cookies that ensures basic functionalities and security features of the website. These cookies do not store any personal information.
SAVE & ACCEPT
Social Media Auto Publish Powered By : XYZScripts.com